Cry for the People of St. Croix

St. Croix. The best place in the world to live! 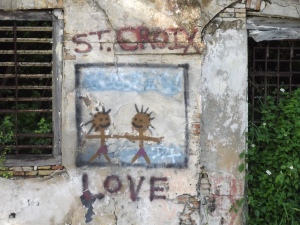 Remains of conquerors, their religions, and big business are on the right and left as you crisscross the 28 mile island. It appears that the very small roads were built between sugar plantations. Columbus came to the Salt River but was beaten back by the indigenous tribes. He claimed the land for Spain. As one volunteer for the National Park told us, “He didn’t discover the land. The indigenous had been here for more than a thousand years.” Ultimately the indigenous peoples were exterminated, as is the case in many South American countries and Caribbean islands.

The Danes, the Spanish, the French, Great Britain and more claimed this land as their own. And the U.S.A. purchased it from the Denmark in 1917. There is a church on almost every turn of the road. All of them came to convert and socialize the locals into their way of thinking. The Danes brought Lutheranism. The Spanish brought Catholicism. The French allowed the Knights of Malta to rule for a few years. England brought Anglicanism and Methodism. The Church of God, Seventh Day Adventists, the Baptists, the Pentecostals, Islam and Judaism, all have a presence on this population of 50K. 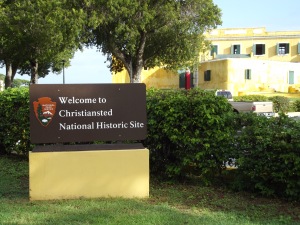 Recently we were in Christiansted where more than 40,000 slaves were auctioned off in the 18th and early 19th centuries. Slaves revolted in 1848 against the Danes but that was only the first civil war. They kept revolting against inhumane treatment, even when they were paid. (There are only 50K residents on the island today.)

As you tour Christiansted and Fredriksted you weep. The dock and frontage roads at Frederiksted have been improved to greet the lonely cruise ship that visits the island every Monday. It would take billions and billions of dollars to restore these historic towns. The massive structures appear to have been built to last forever with over twelve inch wide walls.   They have withstood all the hurricanes. 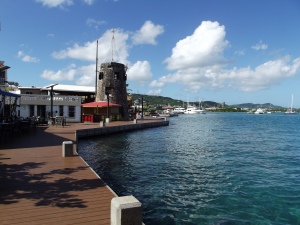 All over the world towns like this have been designated “UNESCO World Heritage Sites.” This organization funnels money into the cities to repair and restore them. Cartagena, Ciudad Viejo in Panama, Angkor Watt, and hundreds of other places around the world. These towns need to be placed on this list also.

The people on the island are warm and inviting. At the Christmas boat parade that was attended by thousands, people were polite and quiet. How can this be? How can people be so forgiving? How does a people recover from successive despots that claim their land? How do they know WHAT is their heritage? How do they find their identity? Israel Kamakawiwo’ole, a Hawaiian who has passed on, captures the heartbreak of a people who has lost their land and identity, “Cry for the gods, cry for the people, cry for the land that was taken away….” 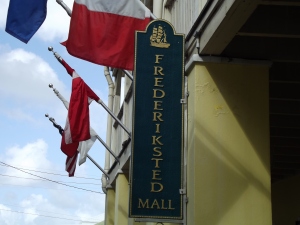 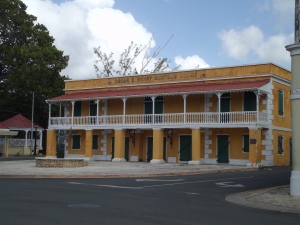 One of the sturdy buildings facing the dock in Fredriksted.

Many locals sport dreadlocks as a way of identifying with Rastafarianism from Jamaica. I don’t know if they moved from Jamaica or have just accepted the revolutionary religion. Today many are called Rasta and look like a Rastafarian but they do not always adhere to the beliefs and ethics of Rastafarianism. Dreadlocks are the St. Croix look. 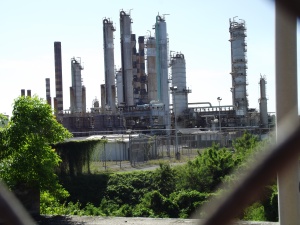 It is so ugly and so big and so imposing!

Even today, Hovensa, (an economic conqueror) one of the largest oil refineries in the world is defunct since 2012. It takes up beautiful coastal space for miles. (So ugly!) When it left it was pumping more than $100 million into the economy through taxes. It employed 2200 people. Locals tell us that about 2000 houses on the island were abandoned because people lost their jobs. The island was devastated. Hovensa had been given cash subsidies from the government of the Virgin Islands and signed contracts to keep the refinery working until at least 2020. But they left. 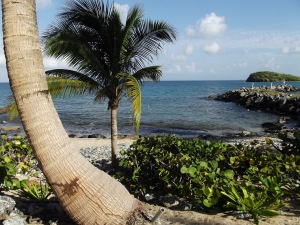 Every time we met a local, they invited us to move to St. Croix. Many tell us of the bargains in real estate and how this is the best place in the world to live. And we are going back in November of 2017. We loved the island!