Violence as an Agent of Change

“When War Broke out in Heaven…”

Terror and violence permeates our lives these days.  It is on the news, in games, in television shows and movies, on the streets and in our living rooms.  Every nine seconds a woman is physically abused or beaten by an intimate partner.  Seventy-two percent of all murder-suicides involve an intimate partner. Ninety four percent of the victims are females. (NCADV)  There have been almost 300 mass killings in the United States this year.  (Washington Post) And violence is more than just murder, it undergirds poverty and hopelessness.

We are all faced with the fear of ISIS.  Their targets are random.  Their aim is to conquer the world for their God, Allah.  On “Here and Now” on a PBS radio station I heard a young woman argue that ISIS has hijacked their peaceful religion.  ISIS is not Muslim.  If we look back to history, we could argue that her point of view is in error.

Islam began in violence.  Muhammad suffered so much abuse that he had to leave his beloved home in Makkah for Medina where he was protected by a Jewish community.  He led raids against his enemies and shed blood in the name of his God.  Some claim that there are over one hundred verses in the Quran where adherents are told to kill.  Here is an example of one:

Quran (2:191-193) – “And kill them wherever you find them, and turn them out from where they have turned you out. And Al-Fitnah [disbelief or unrest] is worse than killing…
but if they desist, then lo! Allah is forgiving and merciful. And fight them until there is no more Fitnah [disbelief and worshipping of others along with Allah] and worship is for Allah alone.

From the eighth century through the middle ages, Islam conquered  most of the Mediterranean world all the way to Spain. The wars went on for hundreds of years.

In the name of God Christian missionaries conquered most of North and South America.  They believed that God had given them the land, even though indigenous peoples had owned and lived on the land for thousands of years.  They believed that they were going to “save” the inhabitants but they left behind blood and death. In countries like Uruguay, the indigenous population was totally wiped out!

Christianity also has a history of conquering its foes through violence from the time of Constantine through the Inquisition or witch trials of the late Middle Ages.  The Judeo-Christian Bible is filled with violence and violent stories.  How could Jephthah kill his own daughter?  Why would anyone want to cut up a concubine and send her parts to all the tribes of Israel? Why is the sacrifice/murdering of a beloved son at the heart of the gospels?

I have written many articles on the violent language found in the gospels of the New Testament.  In my research, I determined that Acts of the Apostles was a violent etiological legend that set the stage for violence as an agent of change.  Everywhere Paul went there was violence.  The founding of Christianity was filled with violence.

Revelation is among the most violent of books in the New Testament.

“The beast and the ten horns you saw
will hate the prositute. They will bring
her to ruin and leave her naked; they
will eat her flesh and burn her with fire.
(17:16)

And, of course, according to the Book of Revelation, the earth will be destroyed to make way for a new heaven and earth.  And, of course, war broke out in heaven!

This is a quick view of both of these religious traditions.  They both have peaceful people and peaceful texts in their documents.  But, within those traditions are peoples who believe that their TRUTH, their Divine (whether Allah or  Yahweh, Jesus (God))  is the only TRUTH and only way.  They believe that our current way of life must be destroyed in order to bring about a change that would be better for everyone,  and especially for them.

I always wonder about people who advocate violence as a way to change things for the better?  Were they beaten as a child?  Did they experience rape or violence in their homes? Were they homeless?  Were they tortured and kept in a closet for most of their lives? Did their parents kill one of their siblings or mother or father? Were they always told that their lives were worth nothing?  Were they so poor that they could not go to school or find a good meal every day?

Religion can give direction, meaning, and hope to people.  And many of those people who are killing and killing themselves are dedicated to their religious beliefs, but they are caught up in a “ghost dance” and an illusion.  That illusion has been embraced by millions throughout history, even in our own Salem.

Since our culture is so permeated with violence, have we become a breeding ground for …. 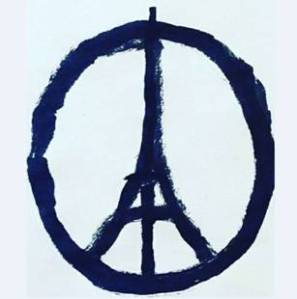 As always this post is copyrighted by Marla J. Selvidge

This entry was posted in Cause of Violence, Hostility and Violence on Campus, Killing a Professor, Terrorists and their Religions, Uncategorized, Violence and Religion and tagged Bullying, Christianity, islam, Judaism, Violence, War. Bookmark the permalink.